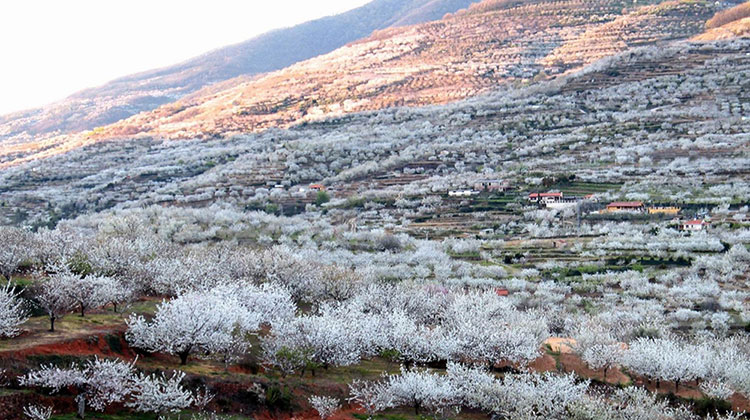 The Valle del Jerte (Jerte Valley) is a vast extension of cherry trees. It consists of a grouping of municipalities and a valley in the north of the Spanish province of Cáceres, in the north of the region of Extremadura (which is in the mid-west of Spain). It was oficially declared of cultural interest in 1973. 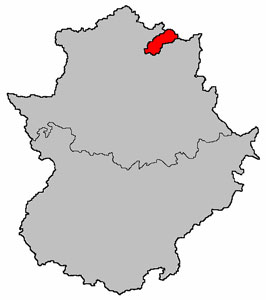 The red area is the Valle del Jerte, in the north of the Spanish region called Extremadura

Every year during the second fortnight of March, it takes place the festival of “El Cerezo en Flor” (Cherry Blossom), declared of National Tourist Interest. One million and a half of cherry trees bloom almost at the same time, dyeing the valley white for fifteen days. 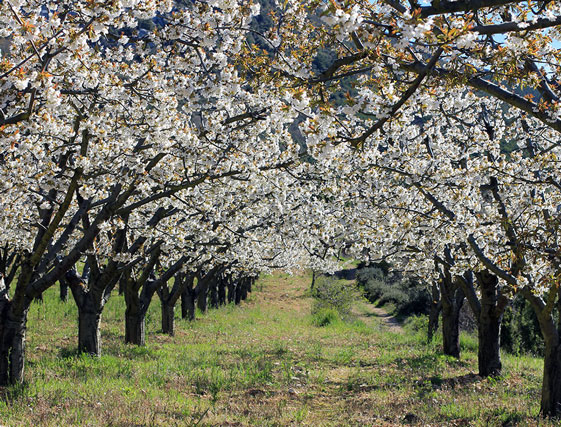 A little piece of the Jerte Valley

The main productive activity of people from the Valle del Jerte is agriculture and the cultivation of cherry, as well as the commercialization of the Jerte Cherry in the national but also international markets. Therefore, the industry related to cherries represents the main economic source of the Valley. 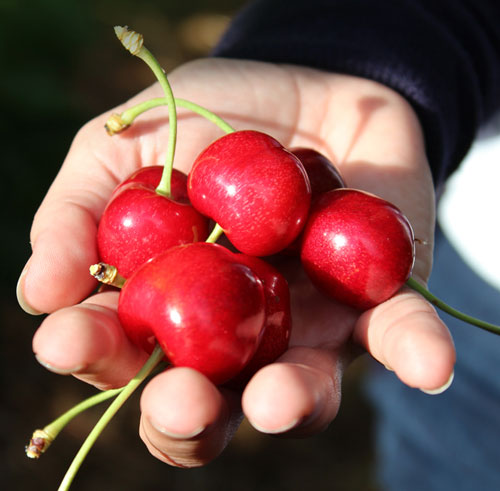 In the town of Cabezuela del Valle you can find the “Museo de la Cereza” (Museum of Cherry) located in a typical house of this region (“casa verata”), which was rehabilitated but respecting its original architecture. Here, in a traditional space, it is shown the history of cherry growing through interactive resources and recreations, in addition to information about the festival of “El Cerezo en Flor” (Cherry Blossom Festival). 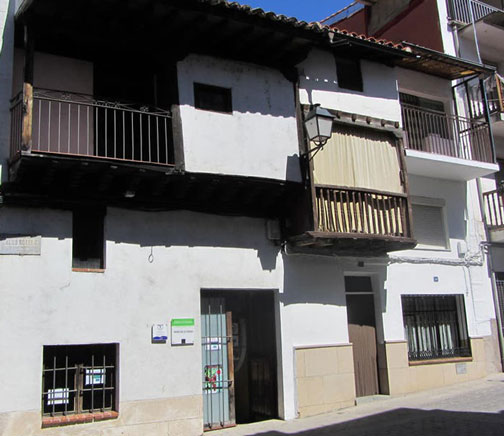 Facade of the Museum of Cherry. It is in a reformed typical house of the region 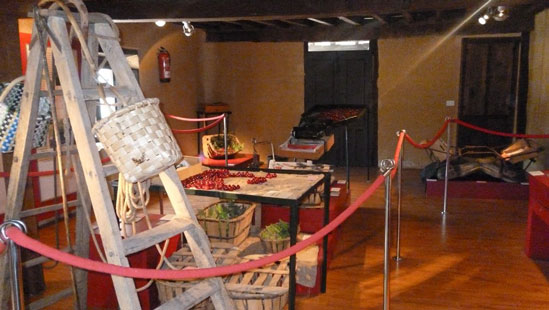 Part of the interior of the Museum of the Cherry

Weather of the Jerte Valley

The climatic conditions of the Valle del Jerte are determined by some factors that mitigate and soften the continental character that would correspond to it.

The influence of the relief and its NE-SW orientation are two features that have a decisive influence on the thermal and rainfall values. The mountainous reliefs contribute to the increase of the rain, since rainfall increases proportionally to altitude. The orientation of the valley allows the Atlantic influence, which produces moderately cold winters and not excessively hot summers. 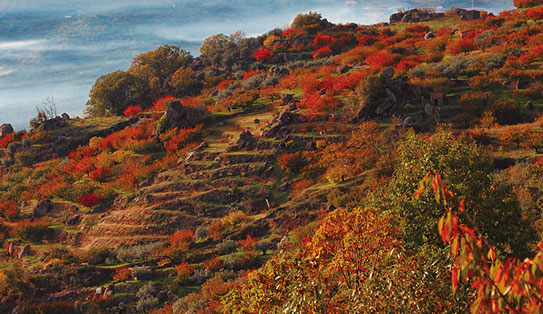 The average annual rainfall varies from 800 to 1500 mm. It is usual to see the first snows on the summits in November, as well as it is common to see snow in some areas until the beginning of July. 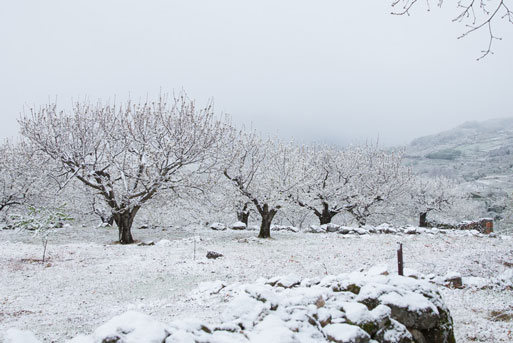 Flora and vegetation in the Valle del Jerte

There are four bioclimatic floors or altitudinal zones of vegetation that can be delimited in the valley:

We describe them below.

The most characteristic formation of this area is the holm oak (Quercus ilex), although unlike in the southernmost Extremadura, the holm oak barely occupies a little piece of land over the entire surface of the Jerte Valley. 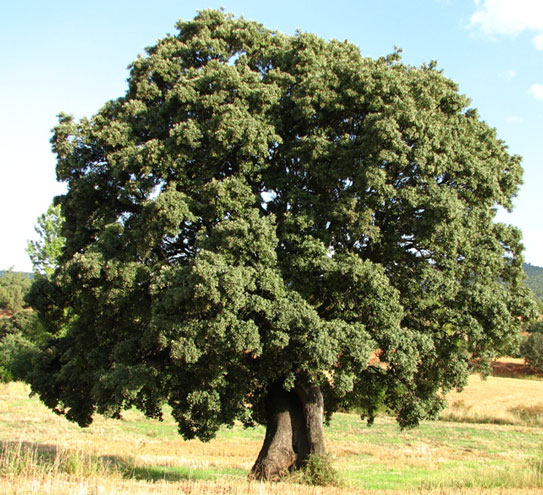 These are meadow formations in which there are abundant Spanish lavender, flax-leaved daphne, hawthorns and rockroses as the predominant scrub, in addition to grassland on sandy soils. You can also find many gall oaks.

The predominant species is the sweet oak (Quercus pyrenaica), which forms large forests and plays a basic role in the retention and improvement of the soil layer. 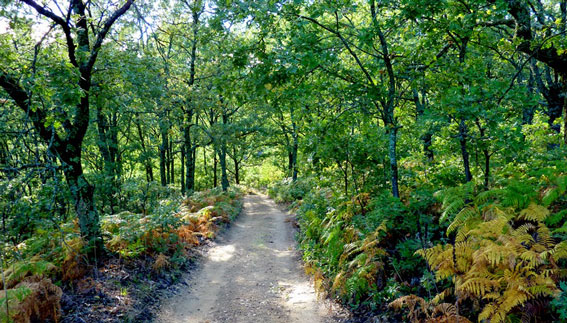 Forest made of sweet oak trees in the Jerte Valley

On this floor zone there are also chestnut trees (Castanea sativa), a species that occupied most of the Valle del Jerte until the appearance of the ink disease, forming forests which usually have a large size and age. 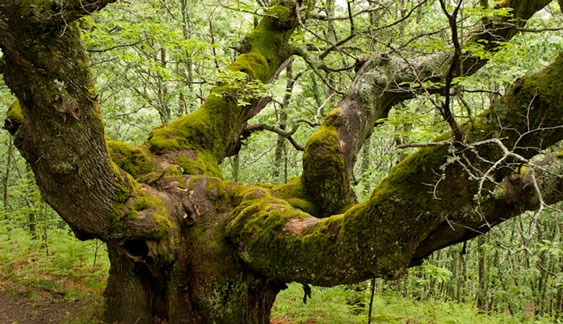 A millenary chestnut tree in the Valle del Jerte

In addition, you can also find yews, alders, willows, strawberry trees, poplars, holly trees and birches scattered in the beds of some gorges.

The predominant species is the “piorno serrano” (Cytisus oromediterraneus), along with grass pastures in the clearings of the scrub.

You can find “cervunales” (Nardus stricta) where the soil is flooded. They serve as a place to graze for transhumant cattle. 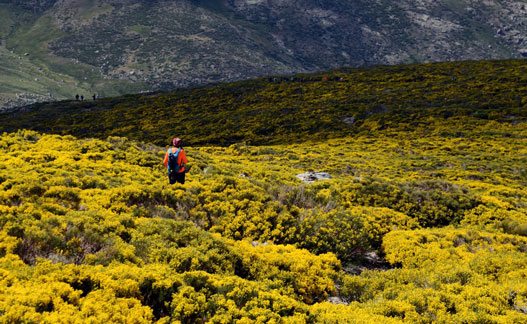 Piorno serrano on the valley

Here you can find many “cervunales” and alpine meadows.

In the rocky ground and rocky outcrops there is a reduced but peculiar fauna. It is also common to see calcifuge lichens, mosses and some ferns of mountain. 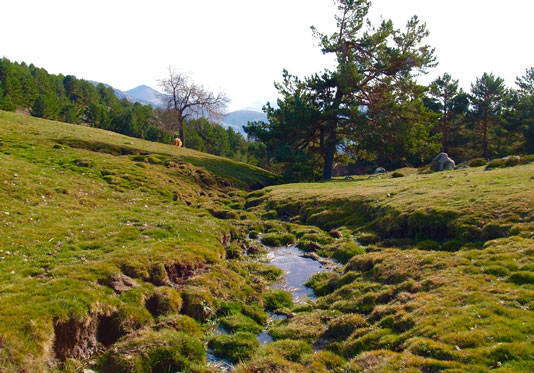 On the alluvial soils at the bottom of the gorges and the river, you can find the usual riparian or gallery forests. They are associated with watercourses or with soils where the phreatic zone is very close to the superficial limits of the soil.

They are mainly made of alders mixed with willows, ashes, alder buckthorns, Mediterranean hackberry, brambles, hawthorns, wild roses and ferns. 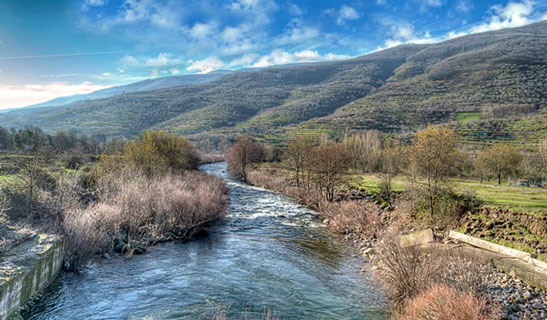 Riverbank in the Valle del Jerte

Regarding to the agricultural vegetation of the Valle del Jerte, it is characterized by a great variety of trees where the most common are the following: 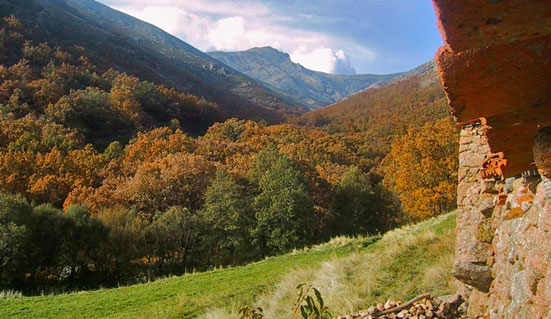 Even though it is mainly an agricultural area, there are some places in the Valle del Jerte made of wild forests

Every year, in the second fortnight of March, the Cherry Blossom Festival is celebrated in the Valle del Jerte. Approximately one million and a half of trees bloom in unison to show a spectacular natural show that lasts for fifteen days. The whole valley is illuminated with the white color of the flourishing cherry trees. 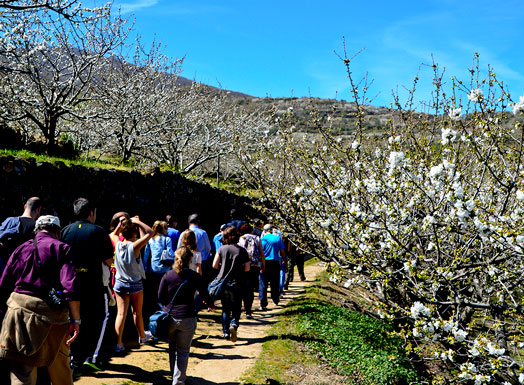 The Cherry Blossom Festival of the Valle del Jerte consists of cultural events, including sports and music activities. There are, of course, walking routes among the blossoming cherry trees

Each year, a different village from the ones listed below organizes the visual festival that nature annually offers us:

The spectacularity of the cherry blossom festival from the Valle del Jerte has crossed the regional borders, attracting many visitors. For this reason, this festival was officially declared “Fiesta of National Tourist Interest”. The festive program always revolves around nature, the picturesque villages of the Jerte Valley and its rural culture. 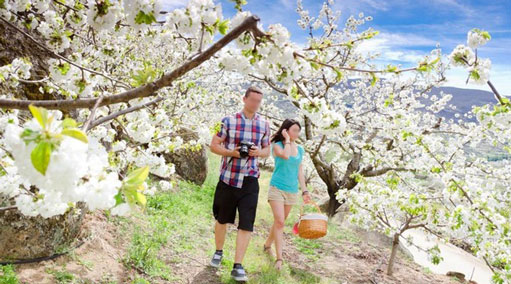 Don’t hesitate to visit the Valle del Jerte. It is a magical place!

How much did you like this article? 😊
Latest Posts