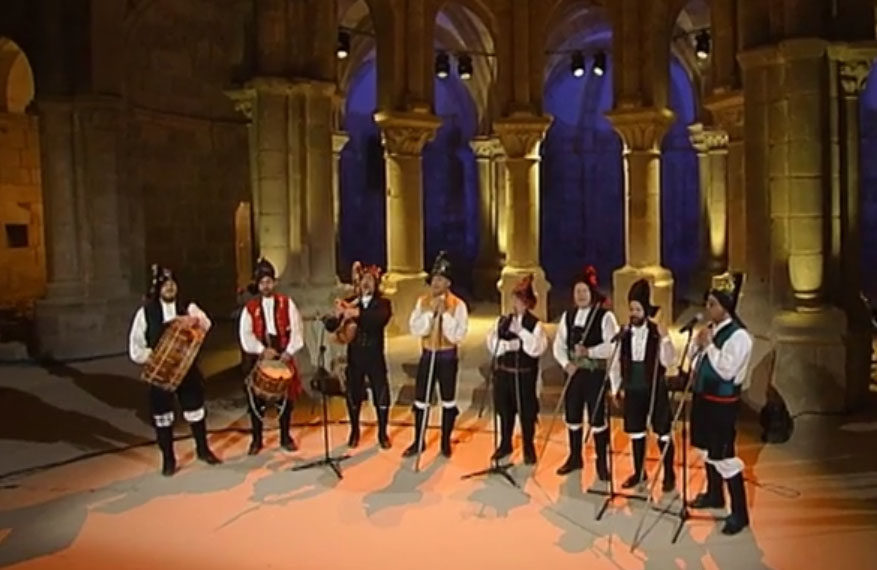 The alalá is a folkloric musical genre of lyrical character developed in the Spanish region of Galicia, in the north-west of Spain (you can check it through our map of Spain).

The alalá is arrhythmic and is composed of octosyllabic verses in which a short theme is repeated with onomatopoeic choruses. Normally it is played a capella, although recently it also includes instrumental accompaniments such as the bagpipe and / or the hurdy-gurdy.

The lyrics tend to have a serious and respectful theme (they can’t contain mockery, outrage or unhealthy words), such as a lullaby, the lament of an emigrant, the song of a peasant, the atavistic poverty of Galician rural society, and above all, the expression of the “saudade” (feeling of longing and melancholy) so characteristic of the Galician soul.

On the other hand, the interpretation itself of the alalá song is of great importance. Its free rhythm makes it easier for the singer to add elements to the interpretation, which allows to embellish the main melody.

Most authors consider the alalá the oldest and most characteristic traditional Galician musical form in the Spanish region of Galicia. There is no clear consensus regarding its origin, but the most accepted theory places it in Gregorian chant.

The alalás have also been the origin of other traditional Galician musical genres such as the cantos de arriero, the cantos de oficios or the cantos de andar. It is interesting to know that, long ago, the “arrieros” were people who lived in the solitude of the roads. In general, these arrieros were very appreciated by Galician population, because they could perform functions of mail carrier or messenger due to their constant mobility. 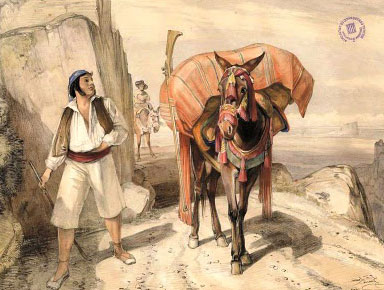 Arriero traveling with his horse

It is also interesting to keep in mind that these alalá songs have elements in common with music from other peninsular latitudes, born from the culture of neighbouring territories such as Castile, Al-Andalus and even North Africa. The origin of the alalá is more related to cultural exchanges through centuries rather than a tradition exclusive to a specific territory, given also that the geographical limits of the region of Galicia have changed a lot along history.

Some authors such as Martínez Padín or Benito Vicetto claim that the alalás were brought to Galicia by the Phoenicians, who sang them in their ships to accompany the row, and called them “alelohuías”. It is an inconclusive origin, because the same reasoning could be applied to many other places in the Mediterranean area and not only to Galicia.

Other authors see in the alalás a Greek origin; little novelty due to the evidence that the Greek civilization is behind all the western culture.

Without denying these possible and remote origins, it is known today by the study of accredited specialists such as Carlos Sampedro Folgar (1848-1937), compiler of the most important songbook of Galician music, or the compostelan canon-musicologist Santiago Tafall Abad (1858-1930), that the Gregorian chant of the religious liturgy is an unmistakable antecedent, and that there is a clear correspondence between the alalás and different modes of Gregorian chant. 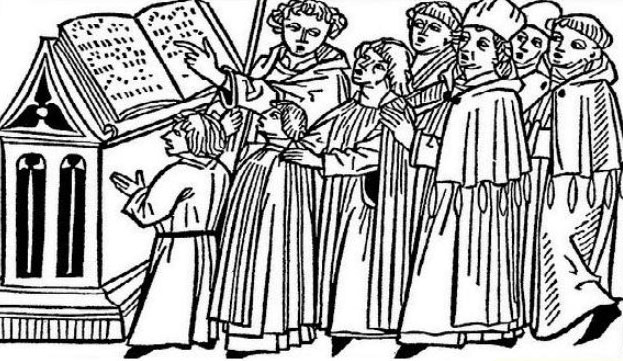 Nowadays it is accepted that this (Gregorian chants) is the most influential and recognizable antecedent, which allows us to understand that the alalás are songs that were developed according to a historical dynamism, rather than a strict local origin. A dynamism coming especially from the religious and profane music that came to Galicia through the pilgrimage to the city of Santiago de Compostela during the Middle Ages.

Regarding the influence of Gregorian chant, it is appropriate to consider that the common people, greatly influenced by the songs created inside the monasteries, imitated them in other contexts outside the temples, adopting this kind of music and modifying it for secular uses. This is the case of the alalás which, like the Gregorian chants, are songs sung a capella, that is, interpreted by the human voice without instrumental accompaniment. Its heritage is preserved in the memory of the Galician rural environment.

Therefore, much more than an autochthonous territorial origin, this is the reason that gives the true “Galicianness” to these alalá songs: to have been preserved for centuries in the Galician tradition before being rescued from oblivion by poets and musicians of the romantic age in the early nineteenth century.

Finally, we would like to remark the relation of alalás with other Spanish folk music. The reason comes from the days when, during the harsh summers of harvest in which every year, when the wheat was ripe, people from Galicia (and other Spanish regions such as Extremadura and Andalusia) went to Castile (a huge central region of Spain) in a temporary and necessary emigration that was repeated every year punctually. For the Galician peasants this was a very old custom that could well have fed popular cultural exchanges. 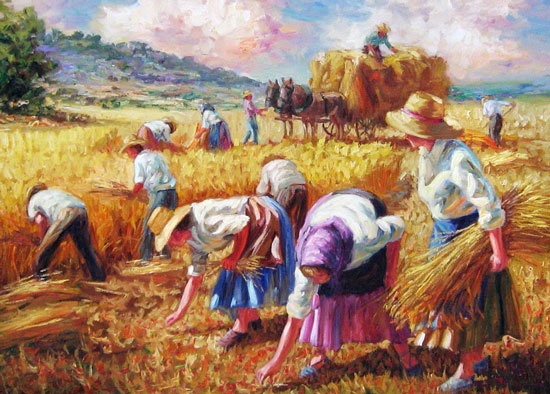 Some examples of the Galicia alalá folk music

Down below you can listen to some examples of alalá songs. Most of them have instrumental accompaniments such as bagpipes, which makes them to sound somehow a bit like Scottish folk music, helping to remind the celtic roots of northern Spain. Nevertheless, the most historical and traditional alalá is sung a capella, a version of this music that we also include in some song below.

How much did you like this article? 😊
Tags:
Galicia
Latest Posts