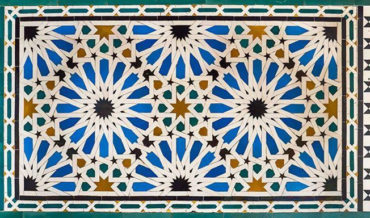 Andalusian tiles
A tile consists of a fired clay slab whose thickness is thin; one of its two faces is glazed with oxide coloring particles. They were (and keep being) used mainly as decorative and / or impermeable coverings for architectural works. The first known testimonies about Andalusian tiles (“azulejos andaluces” in 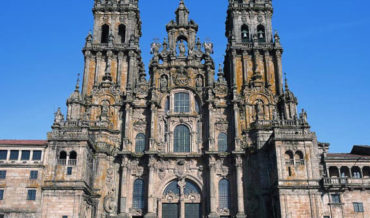 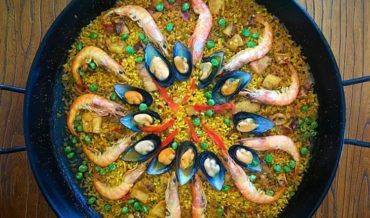 Seafood paella
Probably the most famous dish of Spanish gastronomy, paella is also a bit complicated to cook if this is your first time trying this really tasty dish. Anyway it is unavoidable to have a first time for everything, right? We will be with you helping you to cook a really 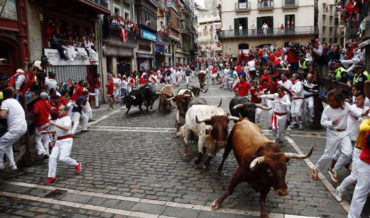 San Fermín
The celebration of San Fermín, popularly known as Sanfermines, is a Festival of International Tourist Interest in honour of Saint Fermin de Amiens, which is held annually in the Spanish city of Pamplona, capital of the northern region of Navarre. The festivities begin with the launch of the “chupinazo” (a 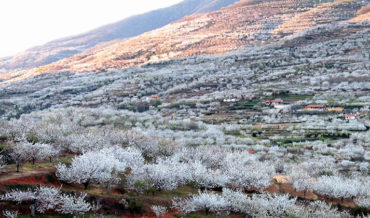 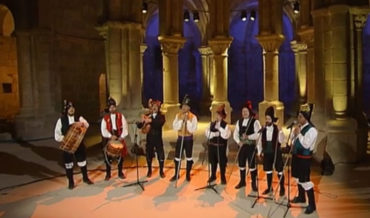 Alalá
The alalá is a folkloric musical genre of lyrical character developed in the Spanish region of Galicia, in the north-west of Spain (you can check it through our map of Spain). The alalá is arrhythmic and is composed of octosyllabic verses in which a short theme is repeated with onomatopoeic

Andalusian tiles
A tile consists of a fired clay slab whose thickness is thin; one of its two faces is glazed with oxide coloring particles. They were (and keep being) used mainly as decorative and / or impermeable coverings for architectural works. The first known testimonies about Andalusian tiles (“azulejos andaluces” in

The Alhambra
The Alhambra, which literally means “The Red One” in Arabic, is a palace and fortress complex located in the city of Granada, in the Spanish southern region of Andalusia. It was originally constructed as a small fortress in AD 889 on the remains of Roman fortifications, and then largely ignored 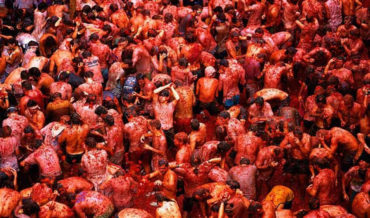 La Tomatina
La Tomatina (The Tomatina) is a Spanish celebration where participants throw tomatoes to each other for fun. It is celebrated in the Mediterranean town called Buñol, in the Spanish region “Comunidad Valenciana” (Valencian Community), and it takes place every year on the last Wednesday of August. The night before the 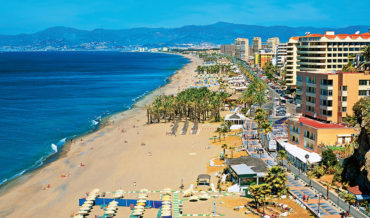 Costa del Sol
The Costa del Sol (Coast of the Sun) is the coastal area of the southern Spanish province of Malaga, in the region of Andalusia (south of the Iberian Peninsula). The Costa del Sol is one of the most important tourist areas in Spain, which concentrates around 35% of tourism in 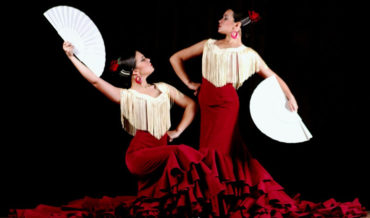 Flamenco
Introduction: What is Flamenco? Flamenco is a Spanish musical genre that has its origin in the Spanish southern region of Andalusia, in areas of the region of Extremadura and also in the region of Murcia. Its main facets are singing, guitar playing and dancing. Flamenco also has its own traditions
Categories

TypicalSpanish.org aims to inform in a single portal about typical Spanish stuff such as gastronomy, architecture, landscapes, music, events… that are popularly known, but also about those that may not be easy to know by non-Spanish people. In fact, some of them are unknown even for many Spaniards!

Spain privileged geography allows it to have a great diversity of landscapes within a medium sized country: from idyllic beaches of golden and thin sand with clear and warm water on the Mediterranean, to snowy mountains in Sierra Nevada or deserts, like the one from Almería, we many western movies were filmed. And these are just a very few examples of marvelous landscapes that Spain has to offer you.

We recommend you to directly access the section we have created specifically about Spanish landscapes. You can visit it just clicking on “Landscape” on the menu bar or at the top part of the website.

For centuries, Spain has been a region where many different cultures and civilizations left their architectural legacy.

The old Roman Empire left us some monuments like the theater of Mérida and the impressive aqueduct of Segovia.

The Visigoths, who used an architectural style that is reflected mainly in some churches, chapels, crypts and shrines.

The Muslim kingdom of Al-Andalus, who left us impressive buildings like the internationally known Alhambra and the Mosque of Córdoba (which actually functions as a cathedral since the Spanish Reconquista).

The following Christian kingdoms and the later Spanish Empire gave birth to impressive cathedrals, but also huge and imperial palaces like the Escorial, in Madrid.

Additionally, the modern architecture of the last century has created an amalgam of architectural classic-breaking stiles like the one that can be found in the Sagrada Familia Cathedral, in Barcelona.

We invite you to visit the Spanish architecture section, which you can find it through clicking on “Architecture” on the menu bar or at the top part of the website.

Spain has an especially big geographic and climatic diversity. For this reason, Spanish gastronomy is one of the richest in the world: from Mediterranean cuisine such as paella, to seafood dishes from northern Atlantic regions such as Galician style octopus.

We also have some pretty easy to cook but still very tasty dishes. An example is the Spanish omelette, also known as potatoes omelette. Due to their simplicity, it is so easy to include customized variations in order to adapt it to your tastes, just in case you feel you can improve the original recipe. 😉

Again, at TypicalSpanish.org we have a section dedicated exclusively to the Spanish gastronomy. Just click on “gastronomy” on the top part of the website or in the navigation menu (if you are in a mobile device).

Spanish (folk) music and clothes are almost as diverse as the gastronomy of this country.

Along centuries, all different cultures that have inhabited the Spanish peninsula have left wonderful contrasts such as the Celtic music in the north (with bagpipes, like in Scotland) to the internationally famous “flamenco” in the south, going through many other traditional music and clothes in the rest of Spain.

Although we are mainly focused on Spanish folk music at TypicalSpanish.org, don’t be surprised if you find articles about some bands or singers from the last century (or decade or even year!). At the end, what we want to show you is typical Spanish music, and that’s not only limited to folk music, right? 😊

You can visit the Spanish music section clicking on “Music”, which you will find it at the top bar and in the menu.

The cultural diversity of Spain is reflected on the events performed on its different regions.

The deep Christian heritage can be seen during the events performed along the Holy Week (March-April), but others are not related with religion and are equally so worthy to see, such as the Castellets in Catalonia or the Fallas in Valencia, like many others Spanish events.

If you are thinking about visiting Spain, you may want to create a calendar with the most important Spanish events you can visit during your staying in this marvelous country. For doing so, we invite you to visit the Spanish events category of this website, which can be found at the top bar and in the menu (just click on the “Events” button).

Spanish products (specially but not only craftworks) are the living proof of the cultural background of Spanish regions: The Arabic stile tiles made in the southern Andalusian region shows the influence that this culture left in Spain; bagpipes from the northern region of Galicia demonstrate that Celts also lived for a long time in this country; steel swords forged in Toledo, the capital of the old Spanish Empire, are the reflection of a belligerent past.

We invite you to find out with us all the subtleness hidden in typical Spanish products; you may love this country even more! J For doing so, just as it happens with the rest of categories, just click on the “Products” button that you can find at the top bar of the website and in the navigation menu.