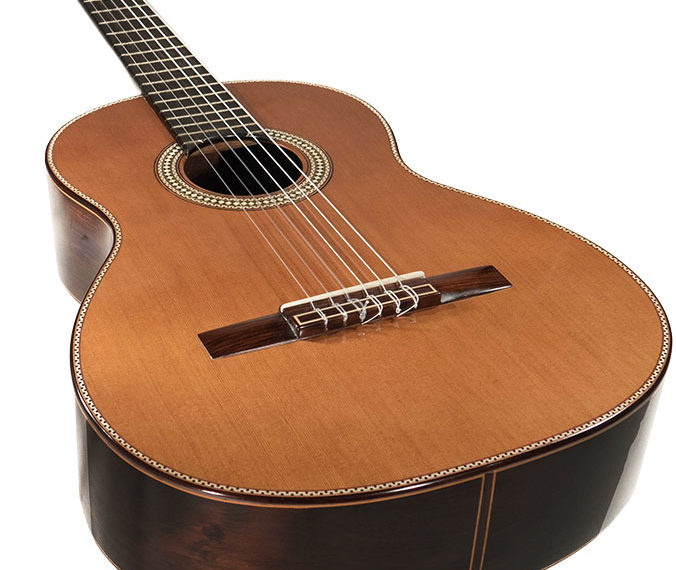 The Spanish guitar, also known as classical guitar, is one of the most representative musical instruments of Spain.

It is a musical instrument of plucked string, composed of a resonance box, a mast on which is attached the fretboard, usually with an acoustic hole in the center of the lid called “boca” (literally “mouth”) and six strings. There are frets embedded on the fretboard, allowing the creation of different musical notes.

There are several hypotheses about its origins. One of them gives it a Greco-Latin origin and states that it is a descendant of the fidicula (fiddle). Another of the most popular hypotheses considers that the Spanish guitar is an instrument introduced by the Arabs during the Muslim conquest of the Iberian Peninsula and later evolved in Spain, although many scholars and musicologists attribute the arrival of the guitar to Spain through the Roman Empire in the year 400 AD. 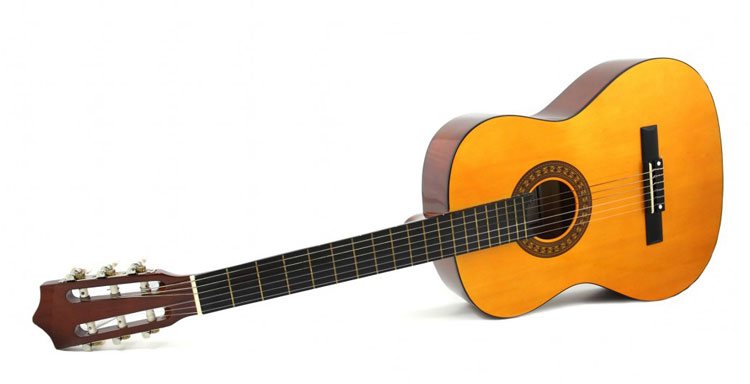 The Spanish guitar is also known as the classical guitar

Subcategories of the Spanish guitar

There are innumerable types of guitars, although nowadays we can differentiate two basic types: the classical guitar and the flamenco guitar. The flamenco guitar as it is understood today, has a resonance box of a slightly smaller size than the classic, and it uses different woods in its construction (traditionally the cypress). There are some other variations that make its use more percussive.

A variety of the classical or Spanish guitar is the acoustic guitar, whose main difference is the material of its strings, which usually are made of metal instead of nylon; the size of the body also gives it a better acoustic compared to the classical guitar. These acoustic guitars come from the United States, and they usually are larger, and over time they evolved to adopt a system powered by electrical energy (electric pickups), giving rise to the electric guitar.

The acoustic guitar is a type of guitar that can use nylon strings and wire, but they are usually made of metal, whose sound is generated by the vibration of the strings and it is amplified by a wooden or acrylic acoustic box.

The acoustic guitar derives from the designs of C. F. Martin and Orville Gibson, American luthiers who developed their activity mainly in the late nineteenth century.

They are also known as western guitars, which is closer to their nature and the kind of music that made them popular.

Like the Spanish guitar, the acoustic guitar emits its sound without any kind of electrical amplification, only by transduction of mechanical force. 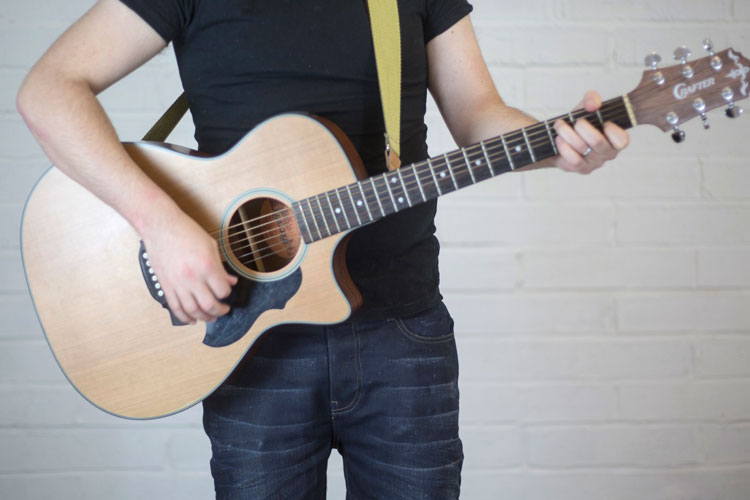 In Spain there is a very widespread variant to the Spanish guitar, similar to the classical one, which is difficult to distinguish at first sight and whose name is “flamenco guitar” (guitarra de flamenco or guitarra flamenca). Its sound varies due to a slightly different construction and the use of different types of wood. The flamenco guitar has a more percussive sound, its body is a little narrower, and generally the strings are closer to the fingerboard, which facilitates its use.

Although the flamenco guitar has less sonority and is slightly smaller than a Spanish guitar, its sound is brighter, and its use is easier and faster due to the shorter distance from the strings to the fingerboard, which allows to play it making lower pressure with the fingers of the left hand on the fingerboard. Traditionally, the tuning pegs were completely made of wood and they were embedded in the headstock perpendicular to it. Nowadays, some builders use modern mechanical tuning machines that imitate the old ones, thus combining the precision of modernity with traditional aesthetics. It usually has a pickguard, striker or protector (sometimes also a superior one) under the sound hole in order to avoid that the strumming and strikes that are given on the body of the guitar, so typical in flamenco music, affect the wood. 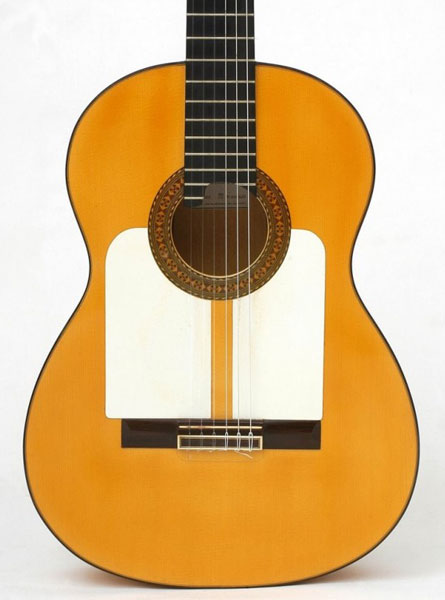 The flamenco guitar traditionally has had a clear function of accompanying the singing and dancing of the flamenco folk music.

How to play the Spanish guitar

The Spanish guitar is played supporting its body on the lap of the musician, with the neck or fretboard to the left. This makes the low strings to be up and the high strings on the lower side (considering an inclined position of the mast).

To play the guitar, the fingers of the left hand (the right hand for the left-handed) are placed on the strings, pressing them against the fretboard between the frets right after the one that delimits the vibrating string segment, so that the length corresponding to the desired musical note is free.

Once the length of all the strings or strings to be plucked has been fixed in this way, the right hand plucks them using the fingers or a plectrum, generating a melody if it plays one sound at a time, a chord if two or more sounds are played, or a harmony if the chord is arpeggiated.

If you are left-handed, you are probably wondering if you should also play the Spanish guitar as a right-handed person. Just as the playing of some instruments barely vary depending on the laterality of the player (piano, flute…), others such as the guitar (and violins, violas, violoncellos, double basses…) require the musician to perform with each hand a very different task.

On this subject there are opposing opinions without ever reaching an agreement regarding the advantage or disadvantage of changing the common way of playing with the guitar mast on the left. Therefore, our advice is just to simply play the Spanish guitar the way you feel most comfortable, as there are professional left-handed guitarists who handle it in one way and another. 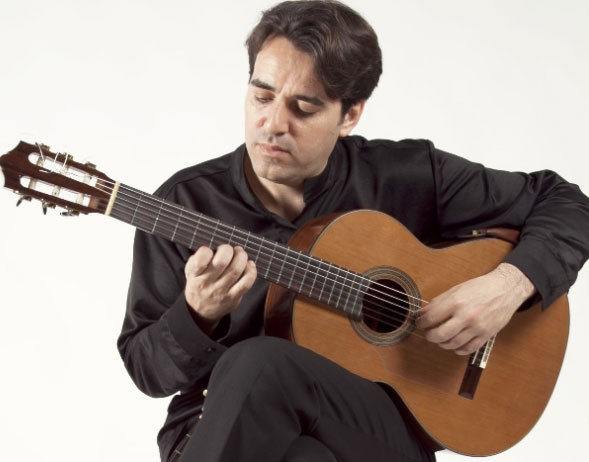 Some more pictures about the Spanish / Classical guitar

How much did you like this article? 😊
Tags:
The whole Spain
Latest Posts